You are here: Home » News » Release in 2023! Toyota Prius Next Generation

Release in 2023! Toyota Prius Next Generation

Toyota has released teaser images of a new model that is apparently the next-gen Prius. The new hybrid will debut at the Los Angeles Auto Show next week on November 16.

This will be the fifth-generation Prius, and it should go on sale in the U.S. sometime in 2023. If these new teaser photos from Toyota are any indication, it's time for a major redesign of the Toyota Prius Hybrid. The images, shared on Toyota's Japanese social media channels, confirm a November 16 launch date and say "hybrid rebirth," meaning the new model could just be Toyota's original hybrid hatchback. 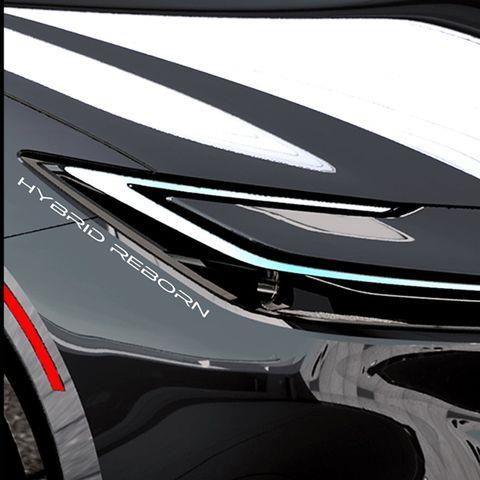 This will be the fifth generation of the Prius, and its silhouette looks familiar. But the recognizable shape contributes to the car's aerodynamic profile, possibly including some new details. The headlights in a teaser image look similar to the design language we've seen on some Toyota concepts, including some of the company's recent EV concepts and the Japanese-market Toyota Crown compact crossover called Sport.

We're not sure what the Prius' new hybrid system will bring, but we're sure it's aiming for better fuel economy than the current version, hitting an EPA rating of 56 mpg. The Prius Prime plug-in hybrid may return, and should offer a larger battery pack to provide better pure-electric range than the outgoing car's 25 miles on a fully charged battery.

Subscribe to us for the newest industry and market trends, our latest products and prices. TOHOP focus on providing hybrid electrical vehicle battery solutions and high-performance Ni-MH batteries to improve safety, energy-saving, and reliability.

Since the first HYBRID CAR met the world, how to be more efficient, fuel-saving, eco-friendly while keeping the car running powerfully is the core issue to all the hybrid battery suppliers. TOHOP is striving to be the top-notch manufacture of these suppliers.